skip to main | skip to sidebar

Our destination for the year.  We arrive just ahead of another NW Gale.  Spent a few days getting the boat decommissioned, then fly home via Vienna and London.

Nice marina, with a small private beach.  Our first visit from an EU Customs this season.  They were very friendly and were obviously training a new hire.  Very little English, so communication was slow, until a local boater stepped in to translate.  They took our papers, but said not to worry as there was nothing wrong.  They returned later with a document that effectively gives our boat another 18 months before we have to take it out of the EU again, to avoid having to import it.

A German boater went by with a foot pump in his hand.  I asked him if he was looking for parts.  He said yes, but the store had no parts and he was going to have to buy a new pump.  I had the part he needed and was happy to give it to him. He returned with a great bottle of wine.  Sandra later saw it for sale.  It cost way more then the part.

Our most expensive marina of the season at 55 Euro per night.  We stay one night.

No pictures, but we will likely return next year in off season, as it is a very nice marina. 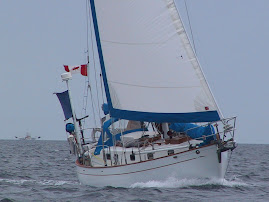 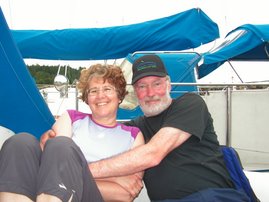